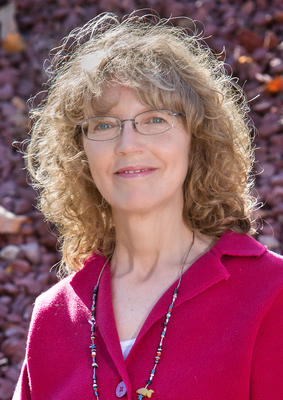 Twyla Hansen was Nebraska's State Poet (2013-2019) and co-directs the website Poetry from the Plains: A Nebraska Perspective. Her new book is Rock · Tree · Bird (Backwaters, 2017). Two of her previous books won Nebraska Book Awards. Her writing is published in Midwest Quarterly, Nebraska Life, Organization & Environment, Prairie Fire, Prairie Schooner, South Dakota Review, National Treasures of the Great Plains: An Ecological Perspective, Encyclopedia of the Great Plains, the Poetry Out Loud anthology, and many others. Born in Omaha, she was raised on her Danish grandparents' farm in Burt County.

Poem and Prose featured in:
Songs for the Grand-Daughters . 1986.
The Decade Dance. 1991.
Inherit the Land: Contemporary Voices from the Midwest. 1993.
Nebraska Voice: Telling the Stories of Our State. 1993.
Wellsprings: A Collection of Poems From Six Nebraska Poets. 1995.
Plains Sense of Things 2: Eight Poets from Lincoln, Nebraska. 1997.
Leaning Into The Wind: Women Write from the Heart of the West. 1997.
A Contemporary Reader for Creative Writing. 1997.
Woven on the Wind: Women Friendship in the Sage Brush West. 2001.
Rural Voices. 2002.
Road Trip: Conversations with Writers. 2003.
Poets Against the War. 2003.
Times of Sorrow, Times of Grace. 2003.
Crazy Woman Creek: Women Rewrite the American West. 2004.
Encyclopedia of the Great Plains. 2004.
Nebraska Presence: An Anthology of Poetry. 2007.
Red Thread, Gold Thread: the Poets Voice. 2009.
The Untidy Season: Poetry by Nebraska Women. 2013.
Writing in Community: Say Goodbye to Writer's Block and Transform Your Life. 2013.
Women Writers Resistance: Poets Resist Gender Violence. 2013.
Nebraska Poetry: A Sesquicentennial Anthology, 1867-2017. 2017.
Nebraska: The Individual Voice.
The Writers Almanac.

She was one of several readers to participate in the April, 1999 Ames Reading Series:

In September 2007 Twyla Hansen and Paul Johnsgard were the featured presenters at the Ames Reading Series:

In March 2014, she was one of the authors to participate in the Ames Reading Series program, which can be viewed at 1:00:00:

In April 2017, Twyla Hansen was one of the authors to read from their works in an Ames Reading Series program, which can be viewed at 1:04:45: