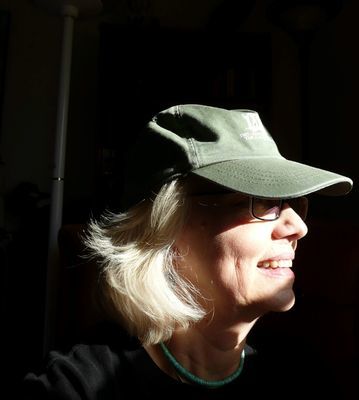 Marjorie Saiser is the author of eight volumes of poetry. She has won critical recognition, including an Academy of American Poets Prize, the Vreelands Award, the Nebraska Literary Heritage Award, the Mildred Bennett Award for exceptional literary contributions, the Willa Award, and several Nebraska Book Awards. She has co-edited two anthologies: Times of Sorrow, Times of Grace: Writing by Women of the Great Plains (with Lisa Sandlin and Greg Kosmicki, and Road Trip: Conversations with Writers (with Shelly Clark). Her novel-in-poems, Losing the Ring in the River, served as the basis for Brigid Amos's play of the same title, produced in 2018 by the Angels Theater Company at the Johnny Carson Theater in Lincoln.

Ted Kooser has said that "no contemporary poet is better at writing about love" than Saiser. - Kooser quoted from his column "American Life in Poetry," Lincoln Journal Star 1-15-2017.

Gleanings: An Anthology of Poetry and Fiction From the Workshop for Poets and Storytellers. 1979.
Adjoining Rooms. 1985.
Songs for the Granddaughters. 1986.
Wellsprings: A Collection of Poems From Six Nebraska Poets. 1995.
Leaning Into the Wind: Women Write from the Heart of the West. 1997.
Woven On the Wind: Women Write About Friendship in the Sagebrush West. 2001.
Crazy Woman Creek: Women Rewrite the West. 2004.
Nebraska Presence: An Anthology of Poetry. 2007.
The Untidy Season: Poetry by Nebraska Women. 2013.
Writing in Community: Say Goodbye to Writer's Block and Transform Your Life. 2013.
Malala: Poems for Malala Yousafzai. 2013.
Women Write Resistance: Poets Resist Gender Violence. 2013.
It's About Time. 2016.
To Unsnare Time's Warp: Poems and Stories about Dogs. 2016.
Nebraska Poetry: A Sesquicentennial Anthology, 1867-2017. 2017.
Poetry of Presence: An Anthology of Mindfulness Poems. 2017.
Thinking Continental: Writing the Planet One Place at a Time. 2017.
Misbehaving Nebraskans: An Eclectic Collection of Poetry, Stories, and Art. 2017.
Healing the Divide: Poems of Kindness & Connection. 2019.
Local News: Poetry about Small Towns. 2019.
More to Come: Tribute to Ted Kooser. 2020.
Pandemic Puzzles. 2020.
How to Love the World: Poems of Gratitude and Hope. 2021.
Stories that Must Be Told. 2021.
The Path to Kindness: Poems of Connection and Joy. 2022.

Marjorie Saiser has been a featured reader in the Ames Reading Series program a number of times, both as an individual and as part of group readings. The programs can be viewed here:

April 2017, one of the authors to read from their works:

October 2013. Her appearance begins at the 33 minute 45 second mark in the video: