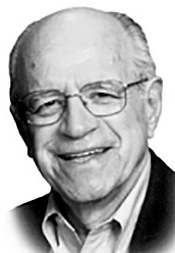 Robert Manley was renowned for combining storytelling, music and slideshows with his teaching of Nebraska history. By the time he retired in 1993 Manley had performed over 7000 programs and workshops to community organizations and schools around the state.

For a decade beginning in the 1950s, Manley hosted the "Rails West," and "Nebraska Heritage" television shows on Nebraska Educational Television. The programs were used by schools across the state. His promotion of Jim Fras's song "Beautiful Nebraska" helped make it the official state song.

He produced a number of state history “Listen to the Land” film and audio packages, wrote family and state history books, and wrote and produced “Notes on Nebraska” segments for a radio station in Grand island, NE.

Manley served as a professor of history at the University of Nebraska and at Hiram Scott College and later was senior historian at the Stuhr Museum from 1980-1986 At Stuhr he created a land agent character for the museum who entertained and informed visitors while riding the Stuhr Museum Railroad.

In the early 1990s Manley created a successful rural economic development program for the Nebraska Department of Economic Development called “Community Builders”. The program was later adopted by the Australian Office of Regional Development

Robert Manley did much to promote interest in Nebraska history and was described by the McCook Gazette as “an institution in Nebraska culture”.