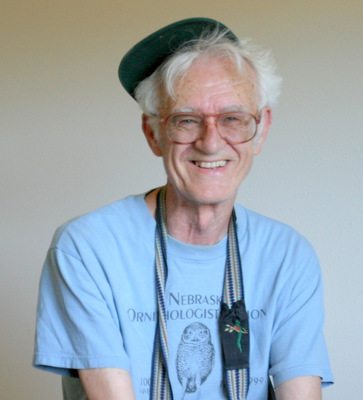 Paul Austin Johnsgard is a Nebraska scientist, ornithologist, artist and professor emeritus at UNL. As he closed in on the publication of 75 books with his survey of the Yellowstone ecosystem (in 2012), he was already the most most published ornithologist of all time, the most published author in the history of the University of Nebraska, and the most prolific of all Nebraska authors, of fiction or non-fiction.

Johnsgard is one of Nebraska's most famous scholars. He is a world authority on waterfowl behavior and on several other bird groups such as grouse and cranes. His Handbook of Waterfowl Behavior (Cornell University Press, 1965) is considered the classic reference work on the subject. His book Grouse and Quails of North America received a Wildlife Society honor and Waterfowl: Their Biology and Natural History received honorable mention from the Wildlife Society and many other awards. His publications in professional scientific journals exceed 150.

Johnsgard is also famous for his world surveys of the major bird groups, which, appearing regularly over some 40 years, have finally made him the most prolific of all ornithological writers. He has written books on regional natural history, on the Platte River, on Teton and Yellowstone wildlife, and classic natural histories of special interest to Nebraska readers, among them: This Fragile Land: A Natural History of the Nebraska Sandhills, 1995, The Nature of Nebraska: Ecology and Biodiversity, 2001, The Niobrara: A River Running Through Time, 2007, and a collection of essays, Seasons of a Tallgrass Prairie: A Nebraska Year, 2014.

He has written several books in the genre of literary appreciation of aspects of nature, including books on the Sandhill crane and the snow goose. One of these, Song of the North Wind, was translated into Russian and Latvian. With his daughter Karin, Johnsgard wrote a whimsical book on dragons and unicorns. Many of his books are illustrated with his own sketches and artwork.

Johnsgard has been awarded four national conservation awards in recognition of his ornithological writing and conservation work and has been an Ames Reader in the Heritage Room in 1996, 2004, and 2007. Videos of readings are available.

Wildlife photographer Thomas Mangelsen (Friend and former student)
Collaborated with his daughter, Karin Johnsgard, on a whimiscal book about dragons and unicorns.