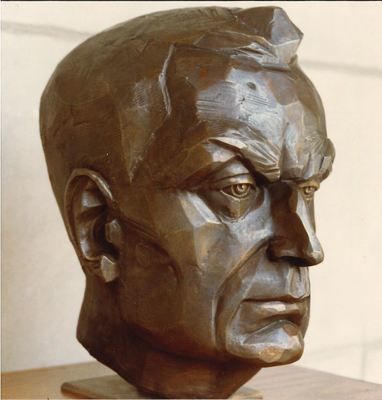 Eiseley is one of the most widely read and highly regarded nature writers of the twentieth century. His literary admirers and correspondents included the poet W.H. Auden, the social critic Lewis Mumford, and the science fiction writer Ray Bradbury. He was a student of Lowry Wimberly, in the English Department at the University of Nebraska, but he also studied geology and paleontology and pursued a degree in anthropology. He was a member of the 1932 University of Nebraska expedition that discovered and excavated many of the mammalian fossils familiar to Nebraskans visiting the State Museum in Morrill Hall in Lincoln. In 1936, in hard times, Wimberly got Eiseley a job with the Nebraska Federal Writers' Project (Eiseley page).

After Eiseley left Nebraska, his career as an anthropologist took him from the University of Kansas to Oberlin College, then to the University of Pennsylvania where he was Benjamin Franklin Professor of Anthropology and the History of Science.

Eiseley was on the `Honor Roll' in Best Short Stories, 1936, for the story `Mop to K.C.' The Immense Journey, based on his 1930s field work in Nebraska, was the book that made him famous and gained him a wide audience. In 1959, Darwin's Century was rated the year's best non-fiction book. His 1960 Firmament of Time was honored as the best popular science book that year.

Heritage Room Eiseley collections complete listing is here. That listing includes Eiseley association books, mostly given to him by his parents as a child; the complete Christianson-Eiseley collection of materials that Gale Christianson used in writing The Fox at the Wood's Edge: A Biography of Loren Eiseley; the Nebraska Academy of Science Eiseley Donation, including the C. Bertram Schultz-Eiseley correspondence; and local and library collections of physical artifacts associated with Eiseley, books in several languages, manuscript materials, and letters. Christine Lesiak Reflections of a Bonehunter: Transcripts of Interviews 1994 (includes Ray Bradbury), materials for the ETV documentary on Eiseley, is also a useful resource.

Honorary degrees from 35 colleges and Universities in U.S. and Canada and is one of the few scientists inducted into the National Institute of Arts and Letters

National Phi Beta Kappa Science Award, 1958
Fellow at the Center for Advanced Study in the Behavioral Sciences in 1962
Bradford Washburn Award of the Boston Museum of Science, 1976
Joseph Wood Krutch Medal from the Humane Society of the United States for his "significant contribution for the improvement of life and the environment in this country."
18th person inducted into Nebraska Hall of Fame, 1987
On October 25, 2007, the Governor of Nebraska, Dave Heineman, officially declared that year "The Centennial Year of Loren Eiseley."
“150 Notable Nebraskans”, Number 15 on the Journal Star Sesquicentennial List of Significant Nebraskans
Nebraska 150 Books honor for All the Strange Hours: The Excavation of a Life, 2017

Other Writings:
Epilogue to Before Adam. by Jack London, 1962.
Edited, supplied introduction and notes to On a Piece of Chalk. by Thomas
Henry Huxley, 1963.
Introduction to Voyage of Arcturus. by David Lindsay, 1963.
Afterword to The Illustrated World of Thoreau. 1974.
Nebraska Poetry: A Sesquicentennial Anthology, 1867-2017. Contributor, 2017.