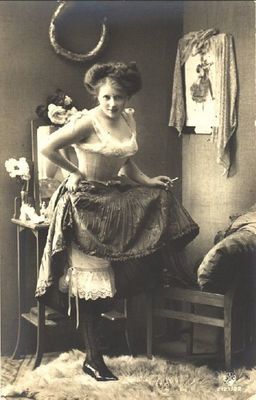 Josie Washburn was a prostitute in Omaha, NE, who worked for Anna Wilson, known as "Queen of the Underworld" in early Omaha history. She worked for Anna Wilson from 1871-1879, then married, but was abandoned by her husband. Washburn returned to prostitution to support herself by opening her own brothel at 226 S. 9th Street in Lincoln, which operated from 1895-1907. Although Josie's real name will never be known, she published her memoirs under the name Josie Washburn with her own publishing company, Washburn Publishing Company.