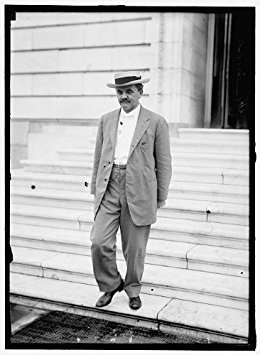 Most remembered for his connection with rural electrification and for his opposition to World War I, a 'Progressive'. Now best known in Nebraska for his role in the creation of the Unicameral Legislature. State legislator, elected to the U.S. House of Representatives in 1902 where he served five terms. He served in the U.S. Senate 1912-1943. Norris's vocal opposition to World War I assured him of re-election in Nebraska for the remainder of his career, and that allowed him to speak his mind and follow his best judgment in a way few other politicians could, taking him in directions that seem untypical for Nebraska.

His 1936 and 1942 campaign manager was Lincoln journalist and Lincoln Star editor Jim Lawrence.