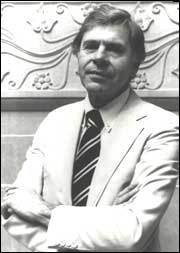 An important American historian and social critic. Son of Pulitzer Prize winning newspaper columnist, Robert Lasch, a student of Lowry Wimberly. Lasch was born in Omaha while his father was working for The Omaha World-Herald. Christopher Lasch is known to the general public mostly for his best-selling 1979 book The Culture of Narcissism and for having consulted with President Jimmy Carter before Carter gave his so-called "National Malaise" speech, a connection that later pained Lasch, who saw the problems facing the country as more fundamental than Carter would acknowledge.

In numerous, widely read essays and books, the left-leaning Lasch developed a sophisticated history of liberal progressivism and its interplay with American populism. He became an acid critic of the cultural choices of the modern elitist left, their compromises with the logic of capitalism, their self-obsessed culture and their disdain for ordinary Americans. Populism, the realism of lower middle class and skilled workers, and close attention to elements of both Catholic and Protestant social thought informed his vision of alternative ways to save democracy. From his essays in the New York Review of Books in the 1960s to the publication of The True and Only Heaven: Progress and its Critics in 1991, Lasch, both celebrated and reviled, became, among historians and intellectuals themselves, the most closely read critic of American intellectual life in the second half of the 20th century.

Lasch has been the subject of many essays, and there is a recent scholarly biography: Eric Miller, Hope in a Scattering Time: A Life of Christopher Lasch, 2010.